Counterfeit parts and poor quality servicing have always been a major problem, and is of particular concern to original equipment manufacturers (OEMs). These parts can not only have a significant detrimental effect on the running of equipment, but in some cases can cause catastrophic failure and may be a risk to life.

It is difficult to know the exact cost to the marine industry, as not all the costs of consequences of counterfeit parts and poor servicing can be easily identified. However, in this new series of articles called The Imitation Game, DryDock identifies just what the cost implications and the risk to your equipment and business might be.

Scanjet is currently noticing a buying pattern that reveals that most of its clients are failing to perform planned services. The company has also been noticing that parts have either been replaced by non OEM ones, or that in the case of the company’s tank cleaning machines and pressure vacuum valves, old parts have been washed and re-used or refurbished.

“What we are seeing is that the equipment starts to use more spare parts after these faulty services are carried out, and after ten years we can see a steep increase in repairs and sometimes even total replacements being needed,” explains Patrik Rilby from the company’s Service & After Sales Department. This is due to a lack of the correct parts and tolerances being used, and in the worse case poor handling of the components due to insufficient training.

In the case of pressure vacuum valves for example, there is a specific curve in the disk that matches up to a curve on the cone. These two components have to mate together metal-to-metal to form a seal. SOLAS demands this because it is a fire safety feature.

Scanjet has found that disks and cones have been ground down to a 45 or 60 degree angle to make them fit after the valve has been found to be leaking. Although valves with this modification seem to work correctly and have passed safety inspection, they have subsequently failed. This has very serious safety implications. 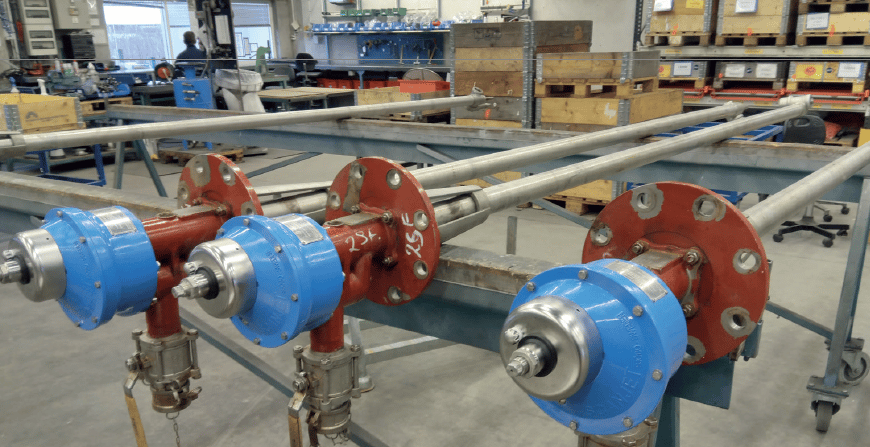 Not all about safety

It is also not just about safety. In another example four sister vessels had wildly differing spare parts consumptions. Two of them had very high part consumptions, one quite low, and the final ship nearly zero. When investigated, it was found that the ships with the second lowest part consumption carried out proper maintenance, and the ones with the highest did next to nothing. Crew changes can also have an impact, as not all the crew might have the same level of training, which can be a hazard.

Scanjet supports owners, operators and yards with knowledge, parts, supervisors and service on-site during drydockings to ensure servicing is carried out correctly, which lowers the life-time cost of the equipment.

To improve crew knowledge and training, it also offers web-based training and webinars in addition to more conventional training methods. “So today, we don’t always have to go on board – there are lots of ways we can help them save money,” says Rilby.

Cutting costs by reducing the expenditure on parts and servicing is not likely to save money in the long term; it is only likely to end badly, with having to replace the whole machine instead of just a part, and it could also have serious safety implications. So think about what replacing that part could really cost.